There are many models of ceiling fans available from a wide variety of manufacturers. If you are a first time buyer, and you want to get the best, the choice can be difficult to make. We think the Windmill Ceiling Fans are the best, of course, but just saying so is not enough, so this article sets out to prove it. Here’s why we truly believe the Windmill Ceiling Fans are the very best you can buy.

Most ceiling fans are mass produced. Each part is just another piece on a conveyor belt, and it gets assembled by someone who is underpaid and bored. That’s not to say that the average ceiling fan is of poor quality. They are not, and some of the models available are produced to excellent standards. It’s just that we think the handcrafted Windmill Ceiling Fans are better. More attention is paid to detail in both the manufacture, and in the assembly. This is why you know that a Windmill Ceiling Fan is as good as it gets – every time. 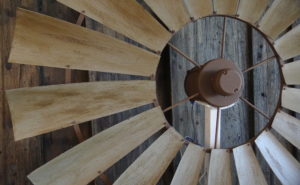 If you’ve ever tried to assemble flat pack furniture you ordered, thinking that putting it together would be no problem, you’ll appreciate the fact that every Windmill Ceiling Fan comes fully assembled and ready to use. The windmill design is a complex one with many parts, and while self-assembly would of course be possible for any DIY-minded individual, it’s always much better to have the item arrive fully assembled by company experts who know exactly what they are doing. If there are any problems with the assembly, then you are covered. That means peace of mind. 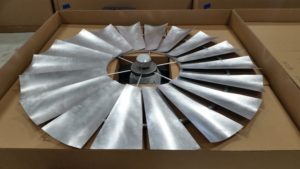 Motor is fully reversible and integrated on the fan

Bear in mind that the original windmills in America had no motors. They were of course wind driven. Windmill Ceiling Fans have their motors integrated on the fan to be unobtrusive, but still highly effective. The motors are also reversible. You may also be pleased to know that every Windmill Veiling Fan motor is fully USA-made.

You may also be pleased to know that every Windmill Ceiling Fan is USA-made.

If you enjoyed learning about Windmill Ceiling Fans, feel free to subscribe to the weekly articles we share. Subscribe button is on the right side of the page.